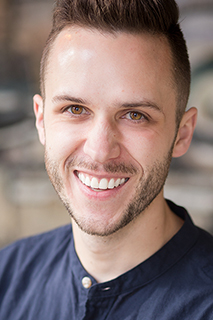 Benjamin Flores is a writer, filmmaker, and performer from Idaho and a proud member of the Turtle Mountain Band of Chippewa. His screen-animated comedy-horror short “One Gotta Go” was recently featured in the AV Club’s “Great Job, Internet!,” his humor writing has been published in the New Yorker online, and his podcast “Please Save Me” is the world’s only recap show devoted to covering a nonexistent network television series. Benjamin holds degrees from Yale University and UMass Boston. As an undergraduate, he directed the improv comedy group Just Add Water and self-produced a hip-hop album titled “The Cut Direct.” Prior to taking the leap into writing for film and television, he worked on wilderness trail crews, in higher ed student affairs, teaching public elementary school, and at an edtech startup. He studied sketch and improv at the Second City Conservatory and iO theaters while producing a popular standup comedy show in Chicago. Benjamin wrenches dark humor from sharp drama in his screenwriting. His current projects include his pilots GOONS, about dead-end minor-league hockey players putting their fighting skills to use off the ice in the US-Canada drug trade, and RIDING TIME, about a collegiate wrestler grappling with a mysterious, haunting affliction in the wake of his brother’s death, as well as his feature scripts REMOTE, a comedic workplace thriller that takes place entirely within a computer screen, and SOCKEYE, a twisty Western drama about a Métis woman fighting to reclaim her independence when she gets caught up in her half-brother’s petty criminal schemes. In his work, he draws on his experiences leaving his small town in Idaho to attend an elite college in the northeast, his relationship with chronic pain, and his Chippewa and Tsimshian heritage to inform his characters, settings, and themes, all examined through his offbeat comedic point-of-view. Benjamin now lives in the Los Angeles area with his family, parenting his rambunctious, curious toddler (easy!) and crafting memes that frequently go viral on Twitter (difficult, his life’s work).