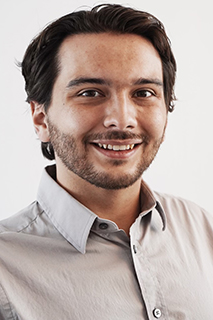 Cole discovered a love for writing after watching the performance of a one-act play he wrote in high school. He followed his passion to Emerson College where he graduated with a BFA in Comedic Arts. While attending Emerson, he had the wonderful opportunity to write a feature script, a pilot, a spec script, a web series, another one-act, and he even co-wrote a sketch for Emerson alumnus Norman Lear (which would later be performed for Lear at an event honoring his comedic legacy).  After graduation, Cole was lucky enough to be accepted into the 3rd Annual Native American Feature Writers Lab where he and 7 other marvelous writers wrote and pitched their own original features. Currently Cole is co-writing a short film which is set to film this summer. Cole also has a love for performing. He has performed stand-up all across the globe (which is to say: Los Angeles, Boston, London, and his hometown of Norman, Oklahoma), and was an active member and Vice President of the Emerson improv comedy troupe, Swomo. After moving to L.A. during the fall of 2021, Cole was cast in an improvised mockumentary which is slated to come out later this year!