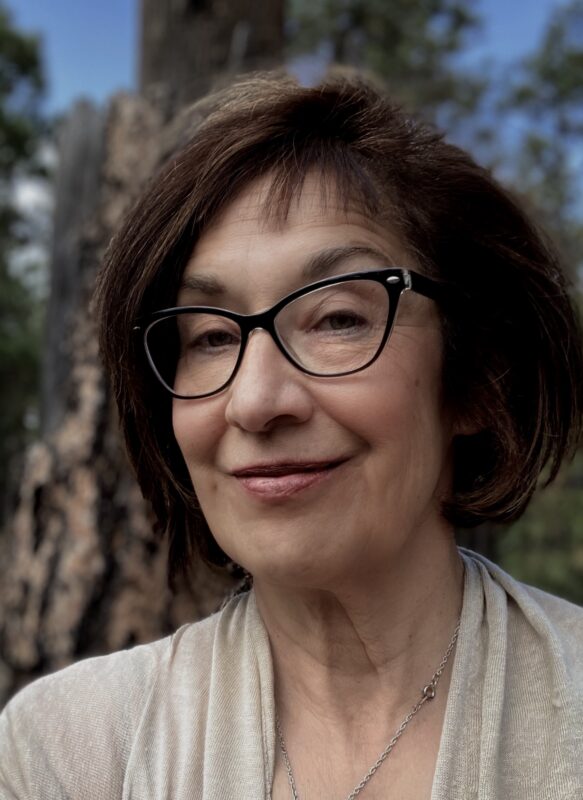 Debra Peebles (Red Lake Band of Chippewa) grew up in North Dakota and Northern Minnesota. Debra’s mother had a love of music and fine art, her father taught reading; and both told wonderful stories. Her aspirations and influences are not far from either of their worlds, however, her mother’s Indigenous heritage has moved her life and affected her journey most profoundly. Because of her influence, her interest is in telling stories — exciting people’s relationship to their world and the courage to change it.

Debra has traveled and lived in various parts of the U.S. and Europe. This started by heading out of North Dakota and attending the Kansas City Art Institute and acquiring a BFA in Painting. While there, she received a scholarship award to attend the Skowhegan School of Painting and Sculpture, and eventually a Master’s Degree from the University of Missouri in Fine Art and Communications and spent six years as a Radio Producer and Dj in Kansas City.

Debra grew up fascinated with creating theatrical shows. She was the kid who lined up her brothers and sister, and neighborhood kids to act in her productions. She produced the dialogue, the mise en scene, props, etc. The first movies she ever saw were The Red Slipper and West Side Story and continues to be fascinated by their ability to affect its viewers; not just by dialogue, but through music and dance, and of course, romance. Debra was transported onto the screen and into the story. She wanted to duplicate this ability to bring people’s spirits alive by creating this profound illusion.

It took me some living and an odd way back to finding a voice in film. She didn’t start off thinking she could do this as a career — that only certain people were allowed in. It has taken Debra a bit of courage to move forward as a film-maker. More than ever, she is fascinated with efforts made by teams. She wants to be a part of this means of storytelling.