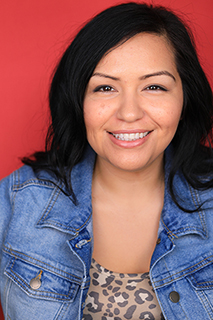 Eagle Smith, born in Ketchikan, AK. Fka Kat Smith. Eagle had the good fortune of growing up during the Summers of her childhood in her hometown, Metlakatla, Alaska, and her school years in the Seattle area. As she puts it, “one foot on the reservation, one foot off.” Her continued ambition for storytelling is accredited to two experiences in high school: the first, training with Christiana Taylor in Drama, while working on her Associate of Arts degree. The second, taking a television production class as an elective, one of the only high school programs in her state to offer such a class. During her two years in TJTV, she made over 60 short videos, was credited Student of the Month, and to this day remains friends with that teacher. From that point Eagle became the first person in her extended family to attain a Bachelor’s Degree. From Washington State University, she holds one of the final B.A. ‘s in Theater they offered, complimented by a minor in Psychology. In her studies, she accomplished acting for arena theater, en masque, as well as directing two one-act plays, including a cut version of Tenessee William’s “Summer and Smoke.” Her experience eventually helped her to train with Anthony Meindl, then study and perform improv at James Franco’s Studio 4 under the direction of renowned actor Sean Whalen. It is recent when she cut her teeth in screenwriting. In 2021, Eagle wrote a pilot which helped win her a position in the Inaugural Native American Media Alliance Seminar. Formerly, a short film she produced originally for the Los Angeles 48 Hour Film Festival also became a selection in the Monaco Film Festival. Currently, in pre production is a short film titled “Scream for Your Mommy” in which she will star, write, and produce. In the coming years, she is working with former fellows to develop and produce a horror feature. These experiences have all fueled a stronger focus of direction and inspiration for Eagle, who is working to be a multi-hyphenate talent and a great contributor to the expansion of Native American representation in Hollywood and in the best case, globally. While proud to represent her people, she aims to also set a strong example for survivors of abuse and sexual assault. In essence, a survivor who thrives.