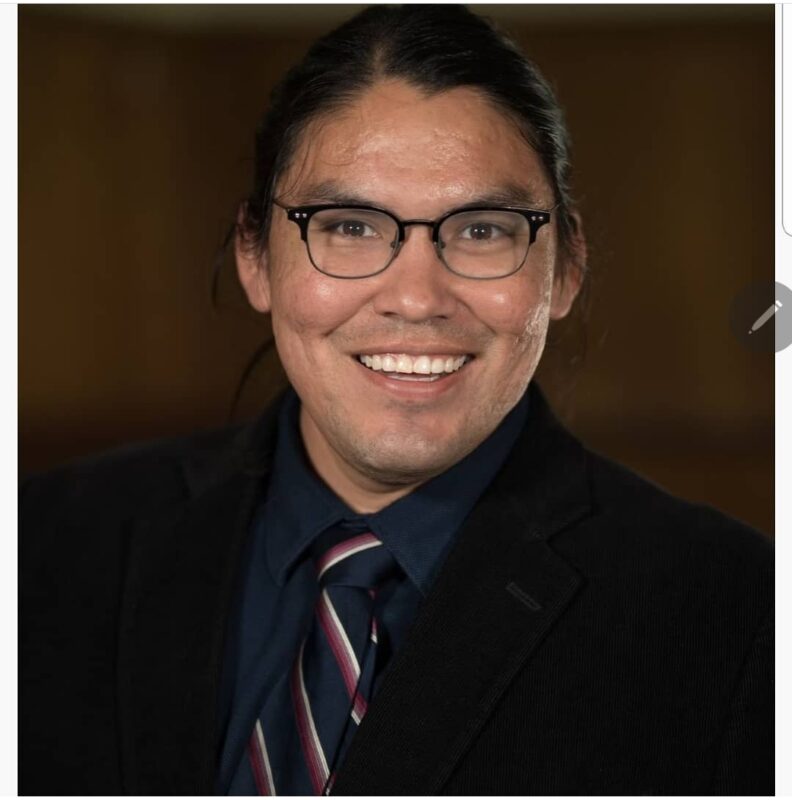 Joshua Emerson (Navajo) is a Navajo comedian, writer, and actor, based in Denver, Colorado. He is a founding member of the award-winning comedy troupe and production company, DeadRoom Comedy. Comedy shows that Joshua produces through DeadRoom Comedy include ‘Colorado Native,’ a Native American Comedy Showcase, and ‘Dead Inside,’ winner of the Denver Fringe Festivals Audience Choice Award for Best Comedy Show. In 2021, Joshua along with the rest of DeadRoom Comedy, produced a weekly video sketch for the entire year. All fifty-two sketches can be found on DeadRooms YouTube.Joshua is a man of duality being biracial, bipolar, and born a Gemini. He grew up mildly dehydrated in Phoenix, Arizona with his Caucasian father, and spent his summer and winter breaks on Navajo Nation in Vanderwagen, NM with his Indigenous mother. This experience growing up granted Joshua a unique understanding of both the city and the rez and ironically made him excluded in both.

Joshua served six years in the United States Marine Corps earning his honorable discharge in 2016. Being a Marine is a distinction he shares with both his mom and his dad. In fact, Joshua graduated from the same training battalion as his father, marching in literally the same footsteps two decades apart. Joshua has a degree in Economics from Fort Lewis College. At FLC, Joshua served as a Senator for the Associated Students for Fort Lewis College, was the President of the FLC chapter of the American Indigenous Business Leaders and was on the President’s Advisory Board for Diversity. He was selected as a 2018 Fellow by the Native American Financial Officers Association. Joshua has a background in tribal and affordable-housing finance. Joshua also started performing stand up in Durango, whilst attending classes at the Fort.

Joshua performs stand-up for audiences all around the country including at the Four Corners Comedy Festival, the Savage Henry Comedy Festival, the Black Hills Comedy Festival and at his home club, Comedy Works, in downtown Denver. Joshua approaches comedy with trademarked volume and energy. He tackles emotionally charged subjects like race, mental health, and love. Growing up, Native Americans were the funniest people in Joshua’s life. So much contemporary Indigenous art is angry or sad; justly so. However, Joshua has made it a life pursuit to let as many non-natives know how large a part humor plays in Indigenous culture.

Joshua moved to Denver in the summer of 2019 to invest time into learning how to become funnier and to fall in love with a pretty white girl. As of summer 2022, he has done both. Joshua serves as the Co-Chair for the Denver American Indian Commission for the City of Denver. He lives at home with his partner, Rachel, and his dog, Lola.