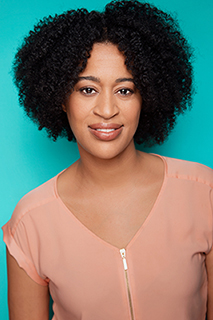 Kaili Y. Turner is a Black Indian (Nipmuc), comedian, actress, writer, producer, and puppeteer whom received her MFA from the Actors Studio Drama School. Kaili’s pilot Fk’d Up & Fabulous is streaming on the Tenoir TV app, and her play Indian Country was a semifinalist for the Eugene O’Neill playwrights conference. She’s also creator of Rock the Bells Comedy, a variety show that is a platform for BIPOC comics and musicians. She was a participant of the Walt Disney/ABC Pilot Prep Program for Native Americans, and a recipient of the SNL/Second City Scholarship.