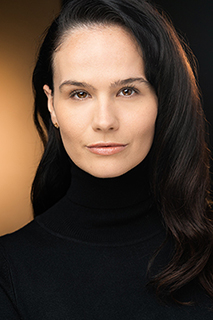 Kelli Jones grew up in the Cherokee Nation in Tahlequah, Oklahoma. She joined the navy when she was 18 where she served as a master helmsman onboard the USS Ronald Reagan. During her service, Kelli was deployed twice to the Gulf of Oman and acted as a first responder to the Fukushima nuclear disaster in Japan. After her honorable discharge, she earned her bachelor’s degree in journalism from California State University, Northridge and subsequently worked as a commercial actor in Los Angeles. She is a proud member of the Choctaw Nation of Oklahoma.
×