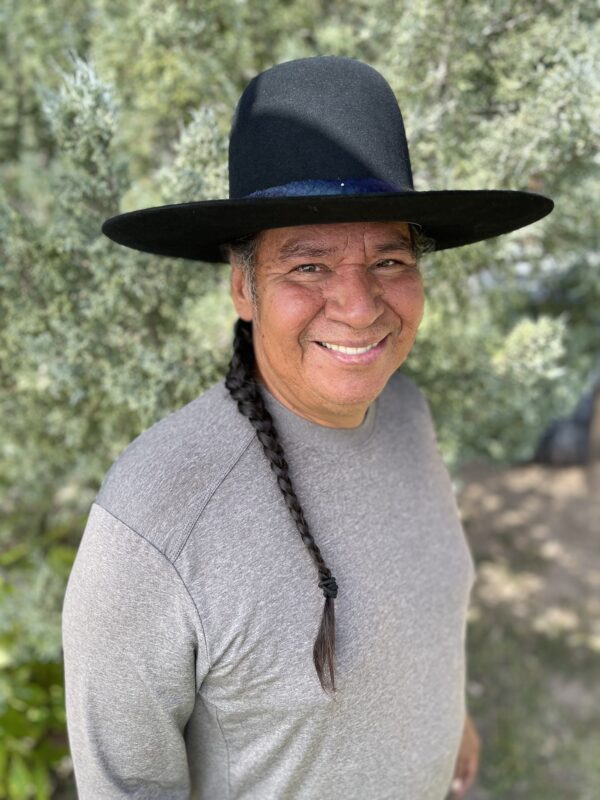 Kelly Byars is a member of the Choctaw Nation of Oklahoma. He moved to New Mexico in 1983 and attended the Institute of American Indian Arts where he graduated in 1985 with a degree in Three-Dimensional Art. He has worked as a stone sculptor for over twenty-five years, he has won several blue first place ribbons with exhibitions at local and national venues. Byars attended the University of New Mexico where he received his B.A. in Media Arts in 2004. He has been an actor in several theatre and feature film performances. He won a performance award for his portrayal of Delbert Tsosie in the film A Thief of Time in 2004. Kelly enjoys teaching and received his M.A. in Language, Literacy and Sociocultural Studies in 2010. Kelly and his wife Ramona Emerson have produced several films as Reel Indian Pictures located in Albuquerque, New Mexico. Most recently Kelly produced, The Mayors of Shiprock which aired on PBS and was acquired by World Channel. Kelly continues work producing Crossing the Line, an examination of the violence toward Native people in border towns and the work of educators and activists that have worked for years to stop it.  The company also continues work on Through her Lens, a glimpse in the life of Maria Varela, a Chicana photographer and activist who worked with SNCC as an advocate for voting rights in Mississippi during the early 1960’s. Kelly is also in the process of directing Three Generations, a documentary that follows three generations of Taos Pueblo artists and their contributions to the larger art community.

While producing, Kelly has also worked as a contributing faculty member at the Santa Fe University of Art and Design and an adjunct professor at the Institute of American Indian Arts. Mr. Byars has two children, Amber and Max Byars.