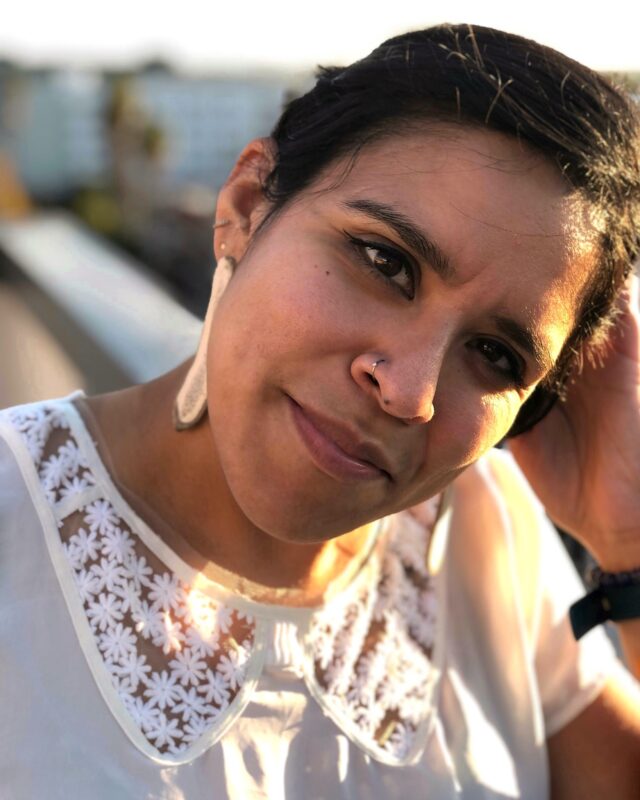 Michelle Hernandez is a Wiyot and Latina filmmaker. She grew up on the Table Bluff Reservation, where she found her love for filmmaking. She has a Masters in Film and Electronic Media at American University in Washington, D.C. and a B.A. at Humboldt State in both Film and Native American Studies. Her work often focuses on the importance of culture, traditions, and identity, as well as dealing with Indigenous subjects. With her work she gives voice to stories that are rarely told. Her goal is to give representation in her projects.

Michelle most recently participated as a fellow for the 3rd Annual Native American Animation Lab with her script Edgar and His New Friend. Additionally, Michelle is a co-founder of Sugarbush Hill Productions, which she currently runs with her partner, Richie Wenzler. Michelle’s career began to take off with her thesis film Douk, about an Native family dealing with the repercussions of the Native Boarding School experience that was shot on Yurok ancestral land, which she won the Horizon Award at the 2019 LA Skins Fest and the April 2021 Showcase Cinema Femme Womxn to Womxn in Film Mentorship Program. With Douk, Michelle began to get more work, and just recently completed overseeing The Bartow Project as its Co-Artistic Director, which is an multimedia project centering around Wiyot artist Rick Bartow, that she helped in co-directing two of the shorts which both are planning on entering the film festival circuit soon. Presently, Michelle has projects that are in various levels of development that she’ll be directing and/or producing.