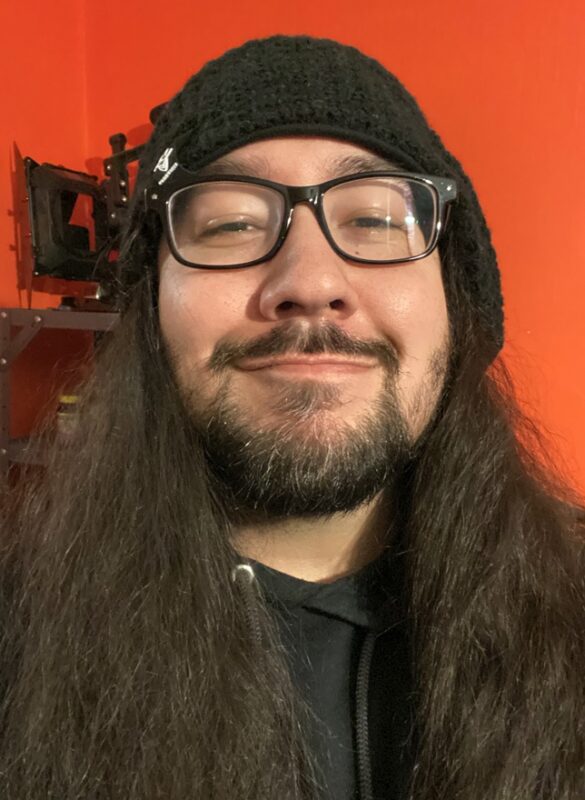 Rory Crittenden is a filmmaker from the Peavine community of the Cherokee Nation. Rory cut his filmmaking teeth by making short action films with his friends and family on a DV camcorder. He eventually found himself working on his tribe’s documentary television program Osiyo, Voices of the Cherokee People. There he produced stories for four different seasons of the program. In the process, earning six Heartland Regional Emmys for producing and directing.

In 2022 Rory field directed two episodes of the APTN documentary program Warrior Up! by Picture This Productions, hosted by Inuk actress Anna Lambe. The episodes focus on the physical, emotional, and spiritual journey of Cherokee Nation’s first all-female cohort of Remember the Removal bike riders.

He is an associate producer and editor for the in-development cooking program Indigenous Cuisine from Hokte Productions, hosted by Cherokee chef Nico Albert Williams. The program follows Nico as she explores the personal, historical, and cultural connections of different Indigenous people to their culinary traditions.

Rory is the second unit director and an associate producer on ᏓᏗᏬᏂᏏ (We Will Speak) from Blurry Pictures. A feature-length documentary chronicling the efforts of Cherokee activists, artists, and educators to preserve their language and culture.

He is also the writer, director and producer for the in-production film Whiskey and a Pistol, a documentary about the filmmaker’s family during turbulent times surrounding Oklahoma statehood. This project was supported by Firelight Media with support from the National Endowment for the Humanities through the American Rescue Plan.

When he’s not making films, Rory can be found playing video games with his kids, attending concerts with his wife Christy, and getting far too invested in the outcomes of professional wrasslin’ matches. He is currently based in Tulsa.