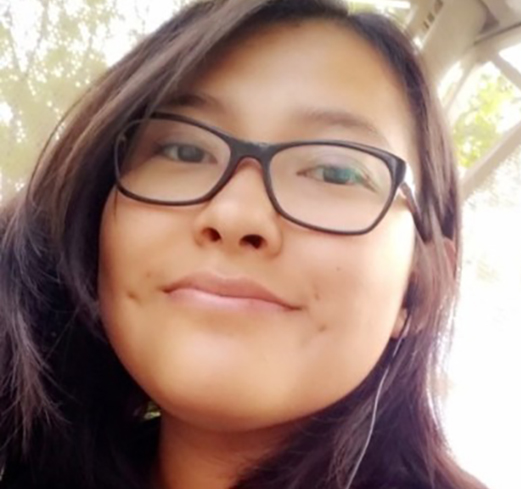 Shantal Begay is a graduate from New Mexico State University where she studied Animation & Visual Effects with a minor in Digital Film. She grew up on the outskirts of a tiny town on the Navajo Reservation before relocating for her education. As a Native American, she’d like to see more representation in her community, which is what helped push her in her decision to break into a creative field.

She has experience working as a freelance artist various projects, including joining a startup company to help develop 3D assets for a kickstart game starter set to debut on the site later this year, as well as helping to animate the introduction for the 2019 Las Cruces Film Festival with a handful of other animators. Most recently, her animated short Familiar is to be screened at the 2021 LA SKINS festival this year.

As an animator, storyteller, and freelance artist, Shantal has a particular love for 3D design. She would like to work in the animation industry – either as a 3D modeler or 3D Rigging artist. Both are technical aspects in their own right, but a challenge is always up for grabs in Shantal’s book.

Aside from running personal projects in her time, her hobbies include catching up on murder mystery documentaries or enjoying the latest indie games on Steam.