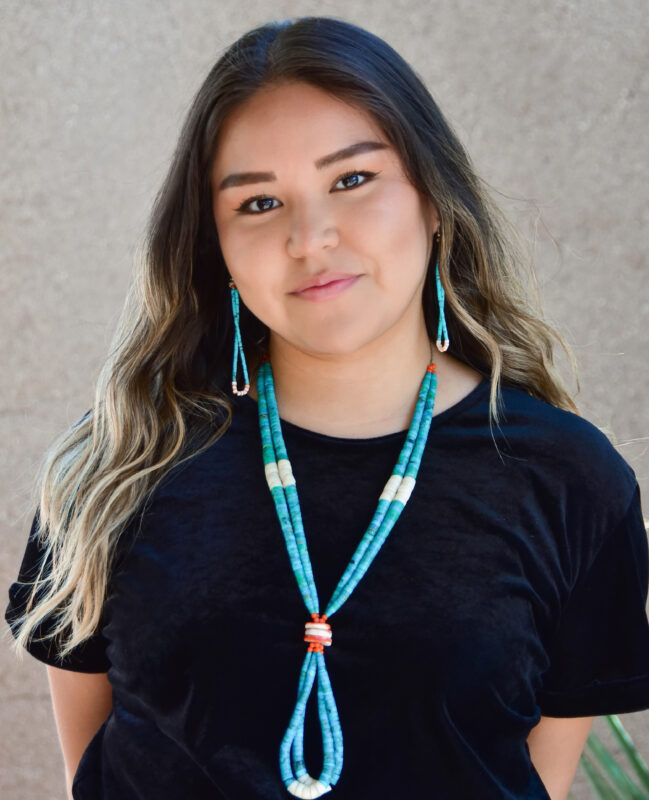 Sienna Tso (Navajo) is a writer and actress born and raised in Arizona. Sienna graduated from USC School of Cinematic Arts with a Bachelor of Arts degree in Cinema and Media Studies. After graduating, she worked as an office production assistant on films and TV shows such as Marvel’s “Venom II”, A24/Apple TV’s “The Sky is Everywhere”, and HBO’s “Insecure”. Since then, Sienna has begun her journey as a writer with her first television pilot. She is eager to increase Native representation in Hollywood as well as bring modernity to audiences’ perceptions of Native Americans.