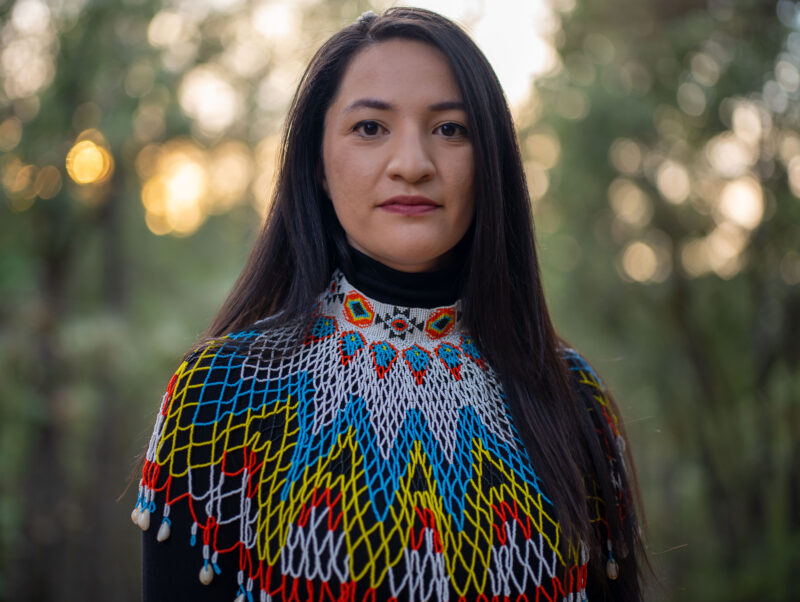 Tsanavi Spoonhunter (Director and Producer) is a descendant of the Northern Paiute Tribe, and citizen of the Northern Arapaho Tribe. Her ancestry and upbringing in Indian Country have strongly informed her storytelling and artistic vision. In 2020, Spoonhunter earned her master’s degree from the Graduate School of Journalism at the University of California, Berkeley with a focus in documentary filmmaking. Her short film, Crow Country: Our Right to Food Sovereignty, is currently screening at festivals, and select venues such as Alaska Airlines domestic flights. It has won numerous awards including Best Documentary Short from the 45th American Indian Film Festival. In conjunction with her independent nonfiction writing and visual storytelling, she is working on her first feature-length film titled Holder of the Sky. This film has received support from SFFilm, the International Documentary Association, the Center for Independent Documentary and the Logan Nonfiction Program. Spoonhunter is a 2021 SFFilm FilmHouse Resident and a NDN Collective Changemaker Fellow.