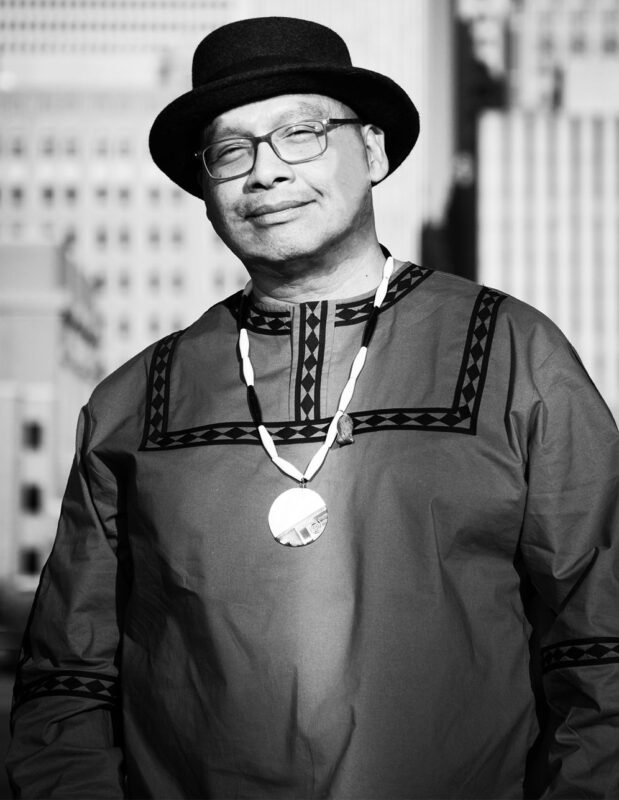 Tvli Jacob ain’t no movie man, but he’s seen a lot of movies, thus giving him the audacity to make movies himself. Tvli has worked motion picture projects. He has even been known to produce, direct, and writes a few of them himself. He loves working on productions with Native American Indian, Indigenous and First Nations communities. For those who are taking score, he is a member of the Choctaw Nation of Oklahoma. Basically, he’s a Chahta kid. Besides movies he is also responsible for managing all aspects of the documentary film and multi-media components for the Center for Indigenous Health and Research Policy (CIHRP). He loves stories but doesn’t collect them. Instead, he prefers that stories collect him, be a part of him, flow through the universe and exist as it wishes to be. People in his family walked the Trail of Tears, resisted oppression, preserved the Choctaw language and fought for tribal rights and sovereignty. Tvli has a daughter, Nuseka, who is a philosopher, free-thinker, creator, artist and the reason he exists — which is a lot for child to handle. She has already made her family proud, and continues to do so.