“Our film office is proud to continue working alongside great organizations such as NAMA and Warner Bros. in our shared endeavor to expand Native representation and authentic content throughout television and film,” said Jennifer Loren, director of Cherokee Nation Film Office and Original Content. “We are excited to welcome each of the fellows in this year’s cohort of the Native American Writers Seminar.”

The Native American Writers Seminar is a month-long intensive that develops emerging writers who are new to writing for film and television. This initiative provides new access for Native Americans interested in breaking into writing for film and television. All participants chosen for the seminar will workshop an existing script with creative executives from Skydance Media and Powderkeg Media as well as established writers on current series from CBS, ABC and HBOMax. The program provides intensive development workshops and is accompanied by rigorous writing sessions.

In addition, the seminar will provide representatives from prestigious fellowships and past participants of Native American Media Alliance writing programs. These speakers will share insight into career development, professional growth and new writing opportunities. 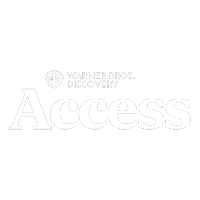